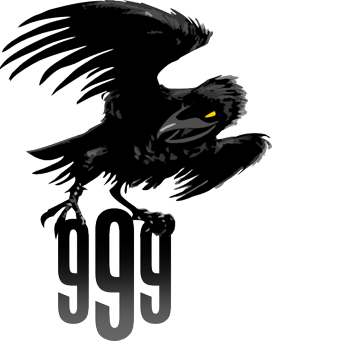 When I was planning our various projector illusions and decorations, the obvious question I had was, what types of material would be best for the screens? There are a fair number of comparison videos on Youtube, but I thought I'd document my own findings here.

In 2016, I only did one rear-projection effect in a set of windows. As the room was dark, it allowed a bit more freedom in the types of scenes I could show, because nothing of the room behind the windows would be visible. I first tried stretching a black plastic tablecloth from a dollar store over the inner window frame. That was a bust. Almost no light at all made it through. I switched to the same type of cheap plastic tablecloth, but in white, and this worked very well. 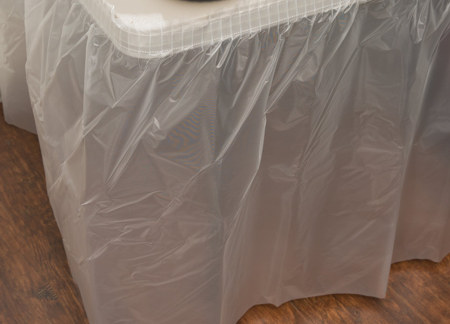 Now, it should be said that there was very little light outside the window at night on that side of our house, so the white covering was not really visible. I'm not sure I would have been happy with that solution had it been on a more brightly lit side, as then the covering would have been visible in the dark areas of the projection.

I would have opted for a completely different material had the room behind the window been even slightly illuminated. In that case, a much more transparent fabric would have been better. A number of companies, including AtmosFX and Window FX, sell pre-cut screens that seem to work well, according to reviewers. Poke around enough home haunter forums, and you'll find that a popular material that yields excellent results is light gray chiffon. If, like me, you are unable to obtain chiffon because you waited too long and everyone is out of stock, give light gray tulle a try. Either of these are usually available at any fabric store. Avoid any fabric that has any sparkle to it, or your projections will magnify this effect. A "clear" (shown above) disposable plastic tablecloth might work as well. 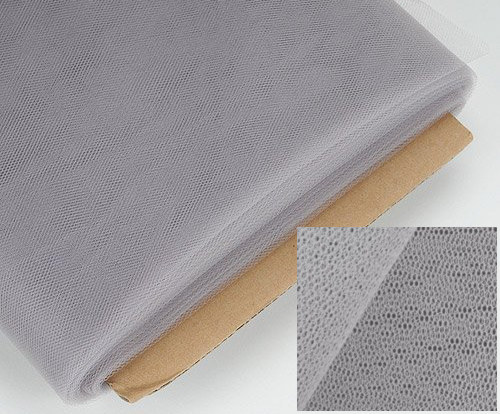 As with any projector screen, it's important that the material be stretched taut enough to avoid waves or wrinkles, but if you're using chiffon or tulle, take care not to stretch it so much that you create too much space between the fibers. This will result in a dimmer, less crisp image.

The objective is to construct a screen that is transparent enough to avoid notice and show the room (must only be dimly lit for best results) behind the window or doorway, while still providing a surface to catch light from your projector.

If the goal is to create a ghostly illusion outdoors, a few more variables com into play when selecting the right material for a screen. Not only must it be suitable for transmitting a nice, bright, rear-projected image, but it also must be as unobtrusive as possible day or night to avoid spoiling the illusion. It would also be a problem if you selected a dense-knit fabric that is too heavy, prone to sagging, or catches wind easily. Size of the fabric be a limiting factor as well. 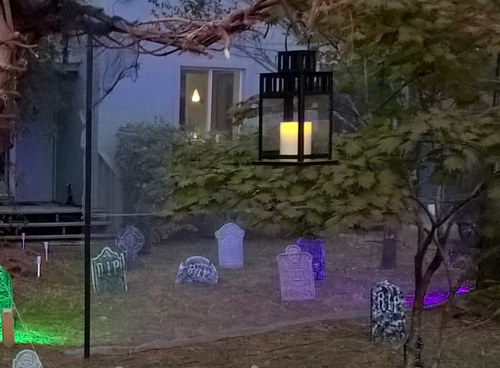 I tried a couple of different materials before settling on one that worked for me. Part of my challenge was to find fabric wide enough to create a large projection surface without visible seams. This proved to be troublesome. In order to get the projected image to be the size I wanted (approximately life-sized characters), I needed a screen that was roughly 8 feet tall and at least 12 feet wide. Most fabric bolts are only 54 inches wide. It is sometimes possible to find wider bolts, but I waited too long and was unable to find any in stock.

The first material I tried was dark (charcoal or black) mosquito netting. I bought it from a site that claimed it worked well for projection illusion effects while remaining nearly invisible at other times. I didn't find either claim to be true. The netting was just as visible in the daylight as the light gray material I ended up using, and it would have taken a blindingly bright projector to make any reasonably visible image on the viewer's side of the netting. In the end, I used the black netting for a light barrier between our front yard scene and our side deck.

After that disappointment, I began researching again. The ideal solution would be to use a professional theater scrim, but those proved to be well out of my budget. Various forum posters recommended chiffon, as it is among the preferred materials for window and door effects as well, but I was unable to locate a source of extra wide bolts, and by that time, even regular bolts in the recommended color were scarce.

The next material, and ultimately the one I actually used, was gray tulle. This is a very light, nylon fabric that worked quite well. My only problem with the tulle was that I had to use two strips of it to form the screen. Each horizontal strip was 4.5 feet high, so that gave me the 8 feet height I needed, and the remaining foot was spread on the grass. As that fabric tends to close up and become more opaque at the edges, I had to stretch the edges of the bottom and top strips together where they met and staple the strips together at intervals to form one screen and keep the two halves from moving independently every time a breeze blew. 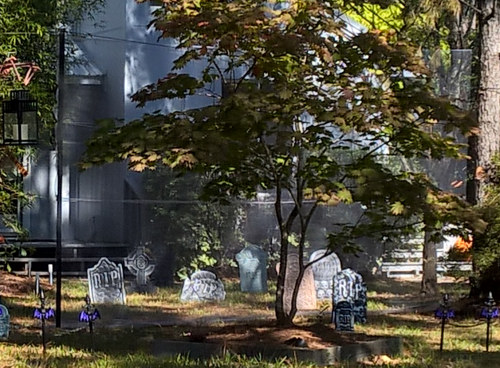 The center seam is clearly visible during the day

The tulle was a good solution, although I will say that the resultant projected image was not as bright as I had hoped. This is understandable, given the large spaces in the fabric's matrix. I did experiment with a double layer of tulle to create a brighter image. It does produce a brighter image, but any gap between the layers produces a doubling effect and a loss of focus. A brighter projector is definitely a better solution.